The Academy is unique in its approach to music. Our young performers learn through experience. They participate in a full spectrum of the performance arts offered by professional artists and ensemble and alumni members of the Shaw Festival. 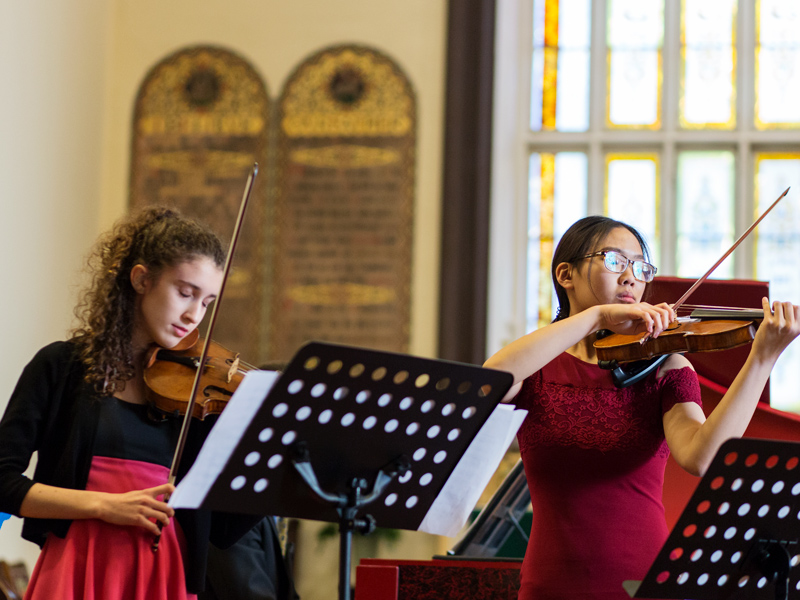 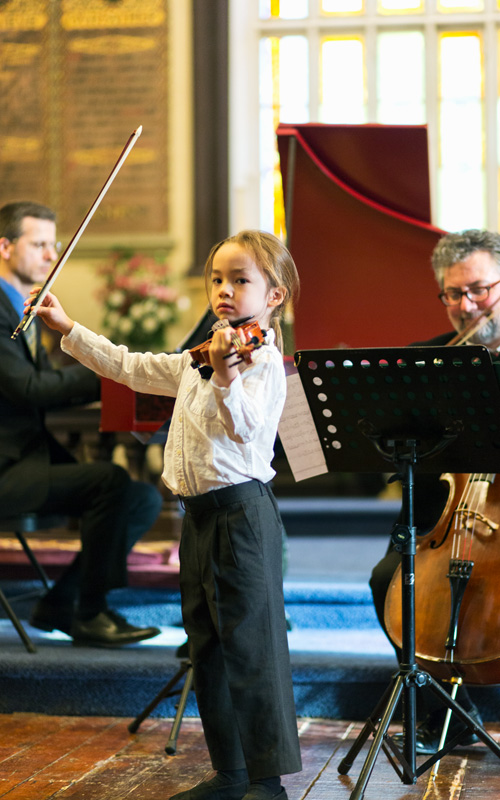 “The Stars of the Performance Academy” video will be released this fall. Stayed tuned….

Music Niagara Virtual Performance Academy 2021 will be held for 2 weeks this summer and is open to young musicians aged 8 – 18yrs old. 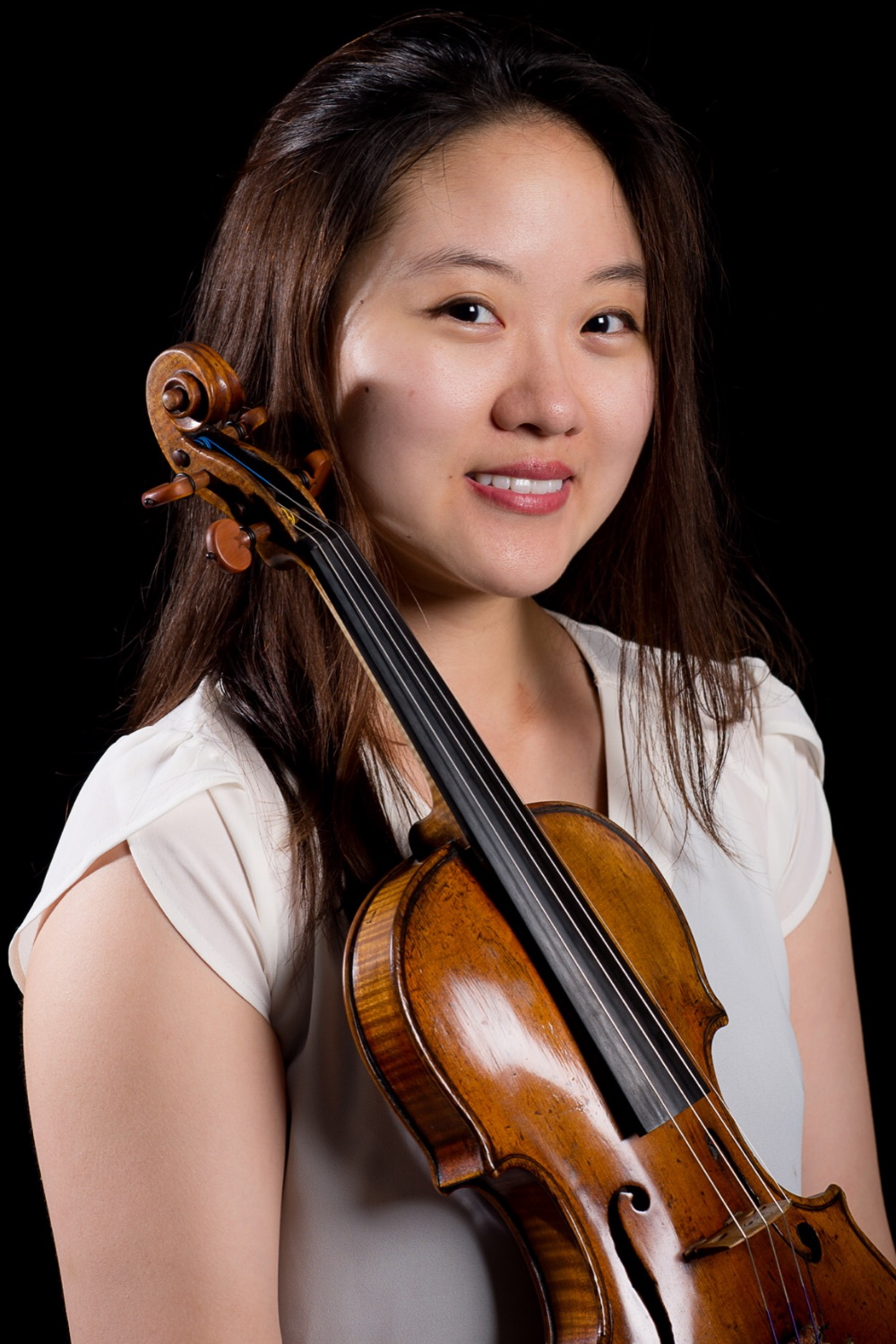 Violinist Bora Kim is from Toronto, Canada, where she made her soloist debut with the Toronto
Symphony Orchestra in 2009 at Roy Thomson Hall. She has also performed as a soloist with the
Canadian Sinfonietta, Oakville Chamber Orchestra, Cathedral Bluffs Symphony Orchestra, Vermont
Mozart Festival Orchestra, and Niagara Chamber Orchestra. She has given solo recitals and
performances at the Four Seasons Centre for the Performing Arts, the Toronto Centre for the Arts,
the Carlu, the Living Arts Centre, Canadian Broadcasting Center’s “Glenn Gould Studio,” and was
featured for a live performance interview on Toronto’s Classical 96.3 FM.

As a winner of the Canada Council’s 2018 Instrument Bank Competition, Bora was awarded
the three-year loan of a 1747 Januarius Gagliano violin. Other recent highlights include
performances with Sejong Soloists at Carnegie Hall, concerts in Merkin Hall and Steinway Hall in
New York, solo recitals in Australia and the Netherlands as part of the Holland Music Sessions,
chamber collaboration with pianist Emanuel Ax at the Norfolk Chamber Music Festival, and a
masterclass for the Chamber Music Society of Lincoln Center.

Bora is currently a Doctor of Musical Arts candidate at the Yale School of Music, where she
also completed Master of Musical Arts and Master of Music degrees. She holds double
Bachelor of Music degrees in both Violin Performance and Piano Performance from the Colburn
Conservatory of Music, as the first double-major student in the school&#39;s history. Her primary
teachers include Hyo Kang, Arnold Steinhardt, Robert Lipsett, Atis Bankas, John Perry, and Marina
Geringas. Bora is an alumni of numerous summer festivals including Sarasota, Aspen, Norfolk,
Banff, and Orford. 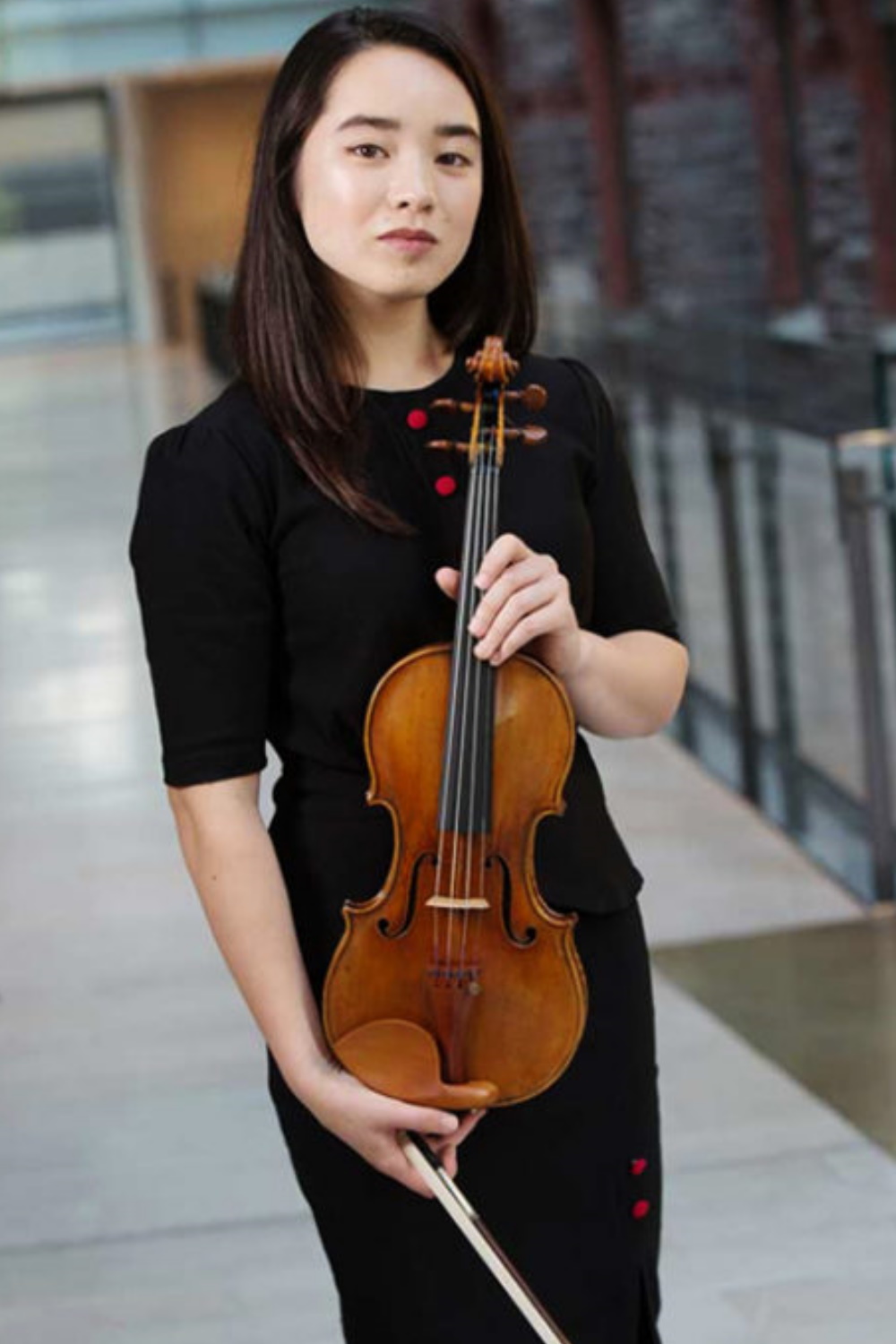 She was also a semi-finalist at the last Fritz Kreisler International Violin Competition. In 2016, she
was a student at the Verbier Festival Academy Emma debuted with the Toronto Symphony
Orchestra at the age of 10, and has since performed with many other orchestras, including the Utah
Symphony Orchestra, and the Orchestre Métropolitain de Montréal.
https://www.youtube.com/watch?v=h_HKry1IgKA 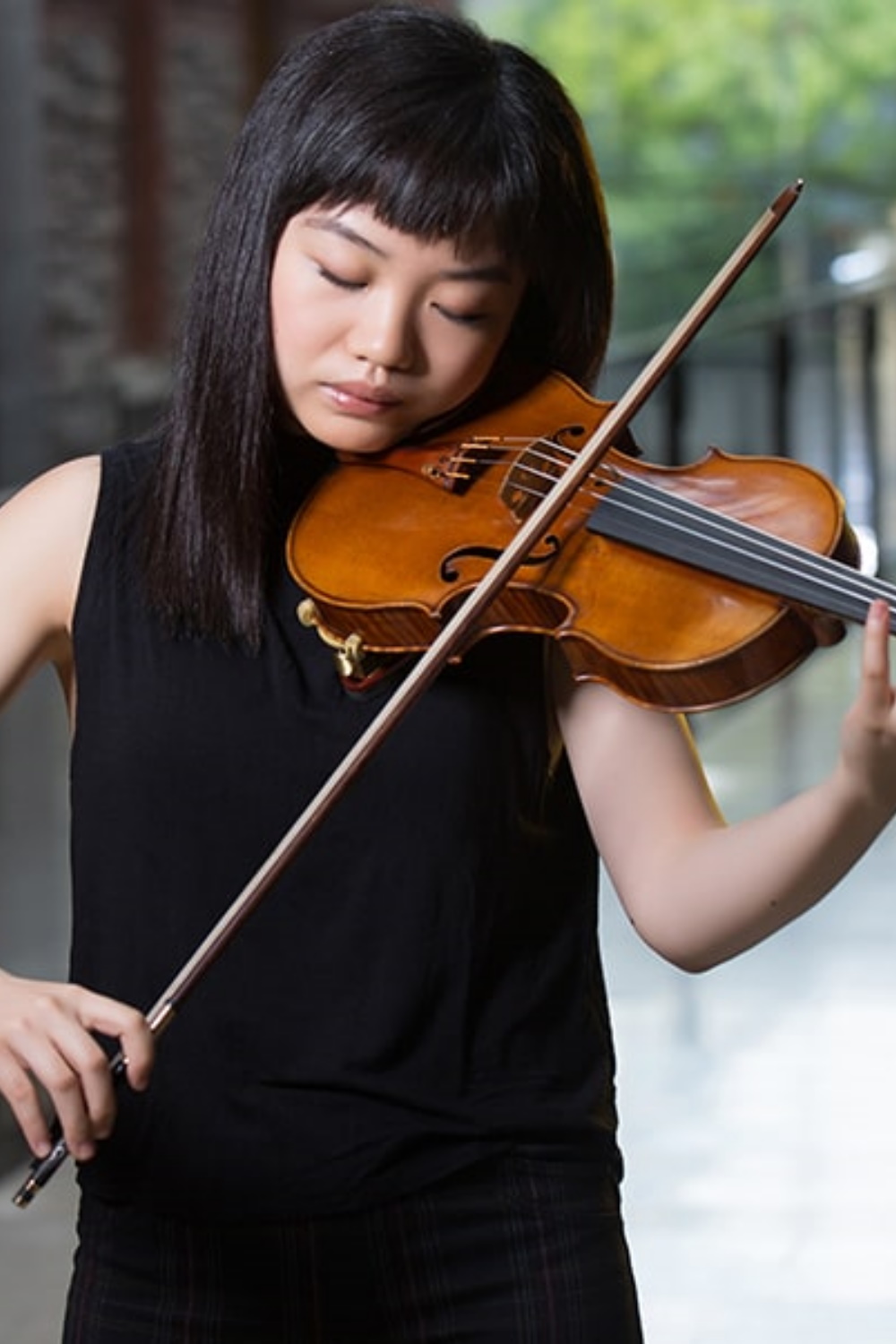 Violinist Jasmine (Mengjia) Lin studied with Atis Bankas at the Taylor Academy of the Royal
Conservatory of Music for nine years before continuing her studies at the Juilliard School under the tutelage of Masao Kawasaki.

She was the laureate of the Kocian International Violin Competition
and has since made her debut with the Czech Chamber Philharmonic Paradubice and performed at
the Mlada Praha Festival. Jasmine has been a fellowship student at Kneisel Hall, Aspen Music
Festival, NAC Young Artists Program, and Villecroze Academy.

In addition to being an avid chamber musician, Jasmine is also a recipient of the Gluck Community
Service Fellowship at Juilliard where she works with actors and dancers to give a series of interactive
concerts at various healthcare facilities around New York City.

Jasmine earned her Bachelor’s
degree from the Juilliard School and will be pursuing her Master’s degree at Juilliard in the
fall. She plays on the 1871 Jean-Baptiste Vuillaume violin, on loan by the Canada Council for
the Arts Musical Instrument Bank. 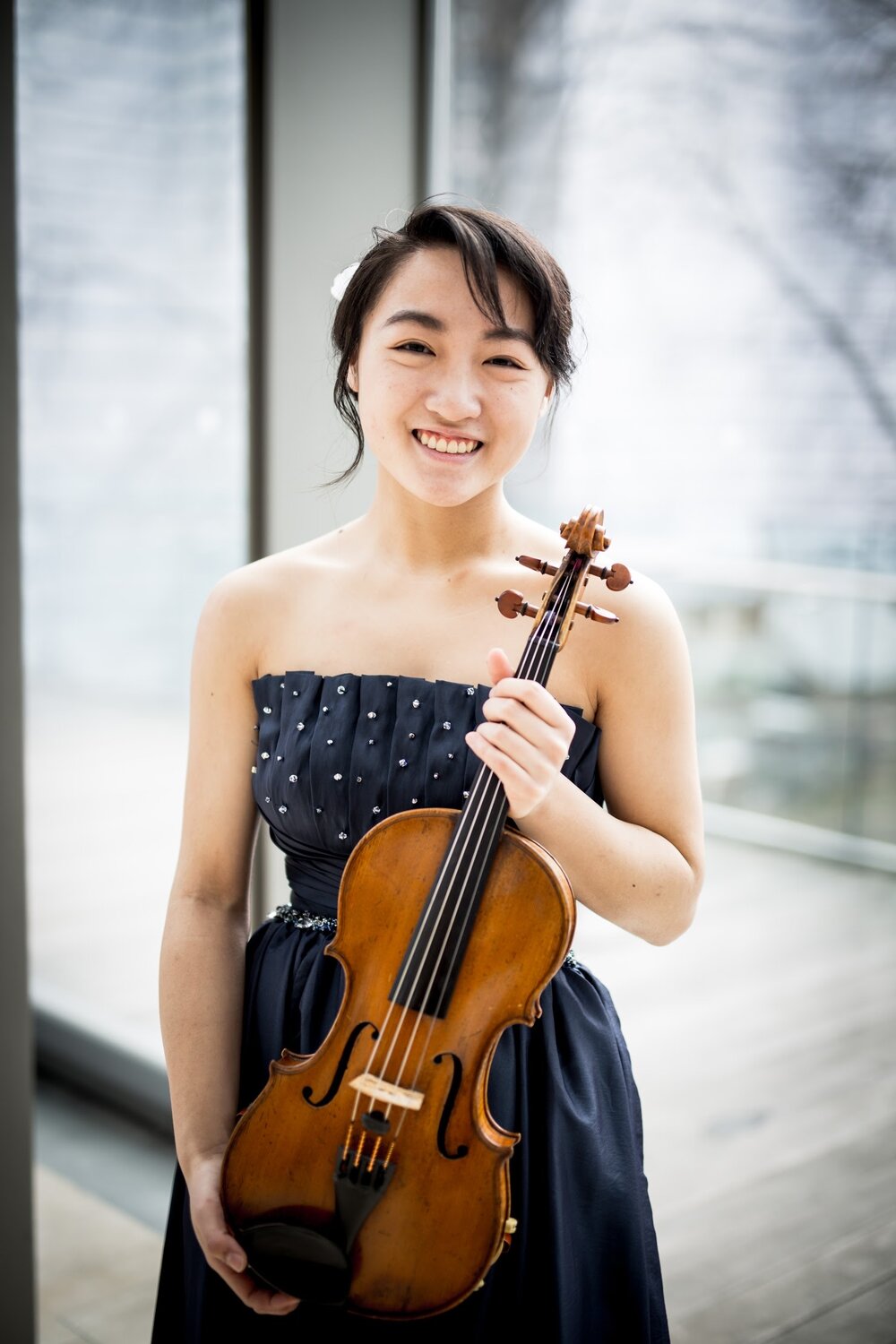 Canadian violist, Lynn Sue-A-Quan is currently pursuing her bachelors in viola performance at
the Juilliard School under Hsin-Yun Huang. Lynn has performed with numerous orchestras as a
soloist across North America including Aspen Music Festival Orchestra, Niagara Symphony, Guelph
Symphony Orchestra, Oakville Chamber Orchestra, and others.

Lynn Sue-A-Quan began her musical journey at the age of 6 on the violin and in 2011, she was
admitted to and later awarded scholarships at the Phil &amp; Eli Taylor Academy for Young Artist at the Royal Conservatory of Music. There, she continued her violin studies with Conrad Chow, Barry
Shiffman, and Viktor Danchenko. In 2016, Lynn began her studies in viola under Teng Li.
https://www.youtube.com/watch?v=h_HKry1IgKA 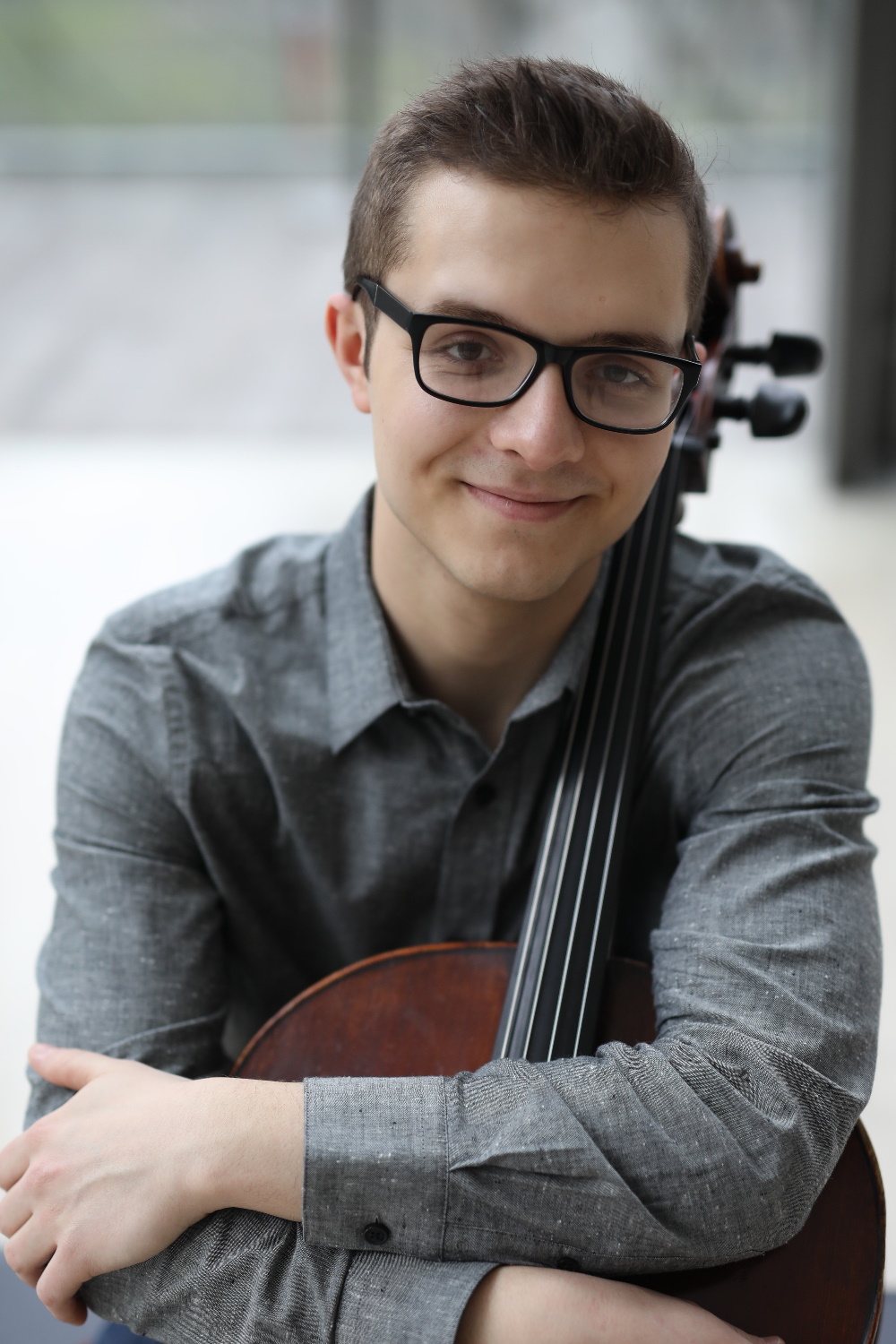 Matthew Christakos, from Toronto, entered the Curtis Institute of Music in 2019 and studies
cello with Carter Brey and Peter Wiley. All students at Curtis receive merit-based, full-tuition
scholarships, and Mr. Christakos is the Joseph Druian Fellow.

Before coming to Curtis, Mr. Christakos studied in Toronto at the Royal Conservatory of Music’s
Phil and Eli Taylor Performance Academy for Young Artists, where he won the concerto
competition and performed as soloist with the Academy Chamber Orchestra. In 2019 he toured
Canada and Spain as a featured soloist with the National Youth Orchestra of Canada. He is an
alumnus of the Morningside Music Bridge program in Boston. He previously studied with David
Hetherington and Hans Jørgen Jensen. He began cello at age four. 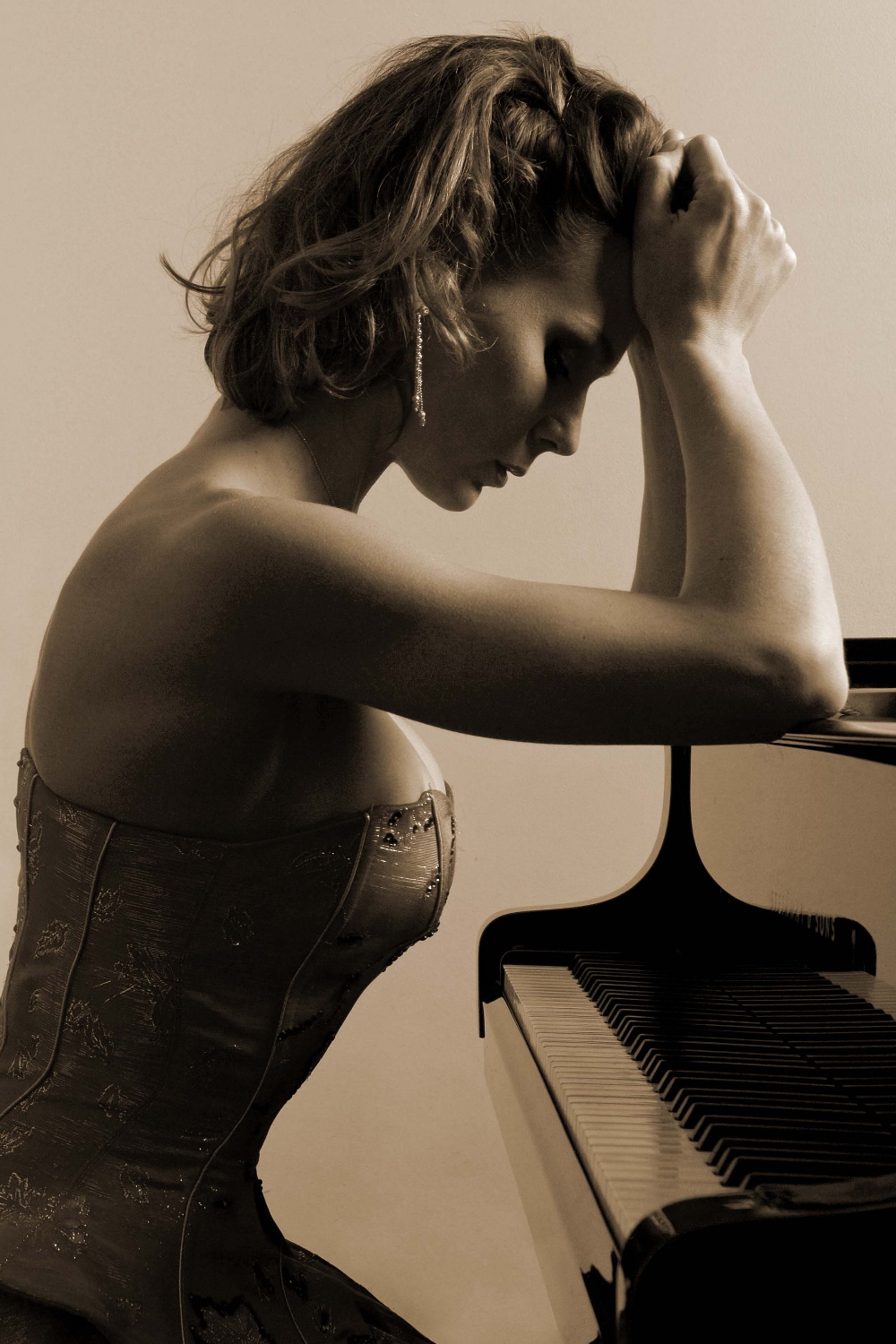 Victoria received her M.M. and D.M.A. from the Moscow Conservatory where she studied with Lev Vlassenko, Sergei Dorensky and Pavel Nersessian. Her masterclasses include studying with Andreas Stayer, Dmitry Bashkirov, Claude Frank, William Nabore and Jose Feghali. 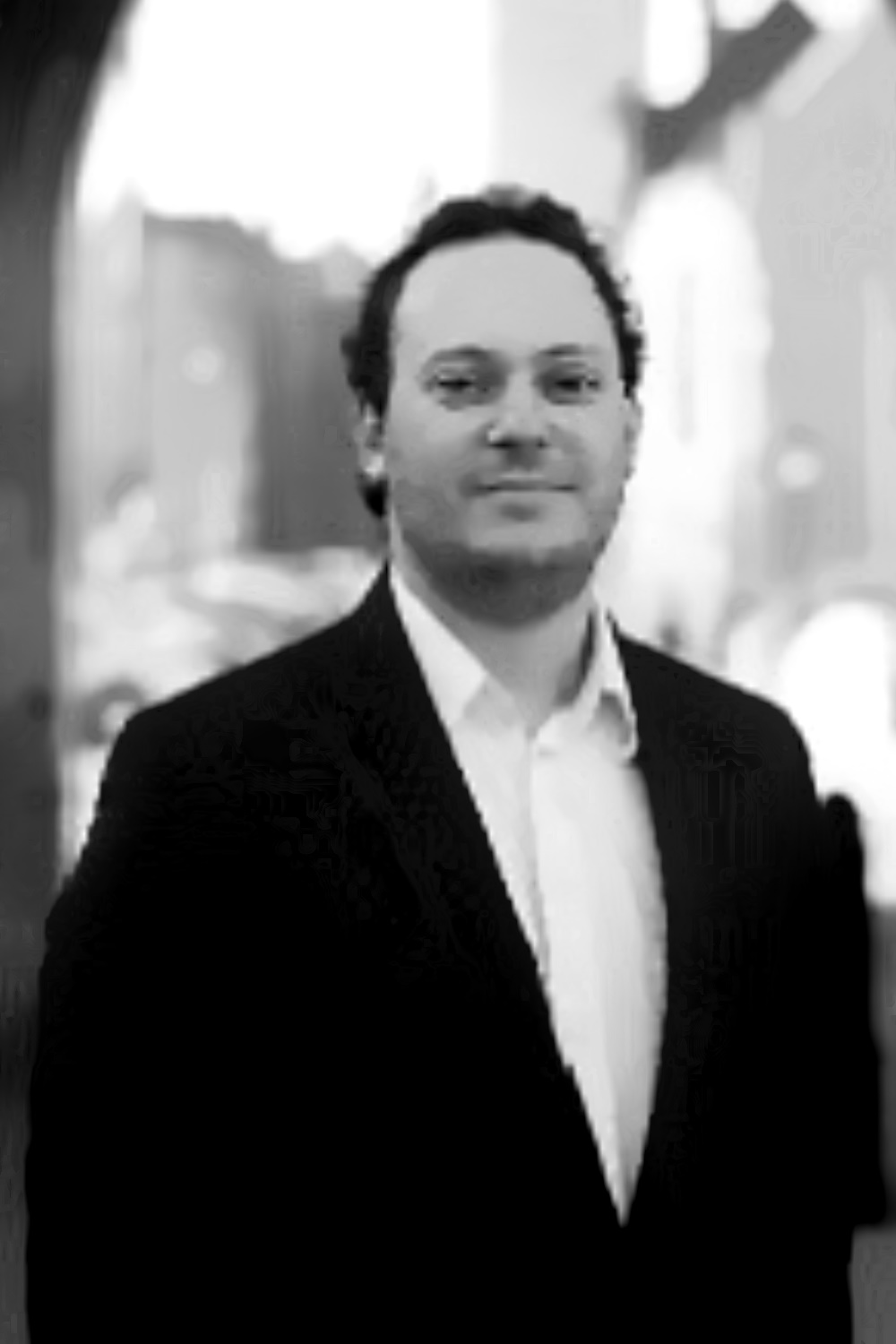 Canadian-Israeli pianist, Michael Berkovsky, made his New York debut at Avery Fisher Hall and has toured as a soloist in Ireland, Costa Rica, Japan, Italy, Israel, Canada, and the United States. He has won numerous international piano competition awards and has performed under the baton of Vladimir Feltsman, Stefan Sanderling, Leon Fleisher and William Noll. He was a recipient of the America Israel Cultural Foundation Scholarships from 1994-2001, and with the recommendation of Maestro Valery Gergiev, was awarded White Nights Foundation Scholarships while studying at the Juilliard School.

Dr. Berkovsky regularly collaborates with numerous chamber groups and award winning musicians, including Jasper string quartet and musicians from the Toronto Symphony Orchestra and Toronto Opera Company. Michael is involved in the cultural life of his community in Toronto and often performs with local groups like Kindred Spirit Orchestra, York Symphony Orchestra and many others. In addition he performs in piano duet with Lang Ning Liu.

Dr. Berkovsky was a guest artist at numerous international festivals, including arts Naples where he collaborated with Russian pianists Pavel Narcessian, and Music Niagara Festival. He frequently judges competitions in Canada and is a board member of the Canadian Music Competition and Artistic Committee advisor to Chinese Cultural Center Music Festival. He also conducts master classes regularly in Toronto, Kingston, and Barrie. Mr. Berkovsky is faculty at Glenn Gould School and Taylor academy. He also maintains a private studio in which a number of his students have placed highly in provincial, national and international competitions. 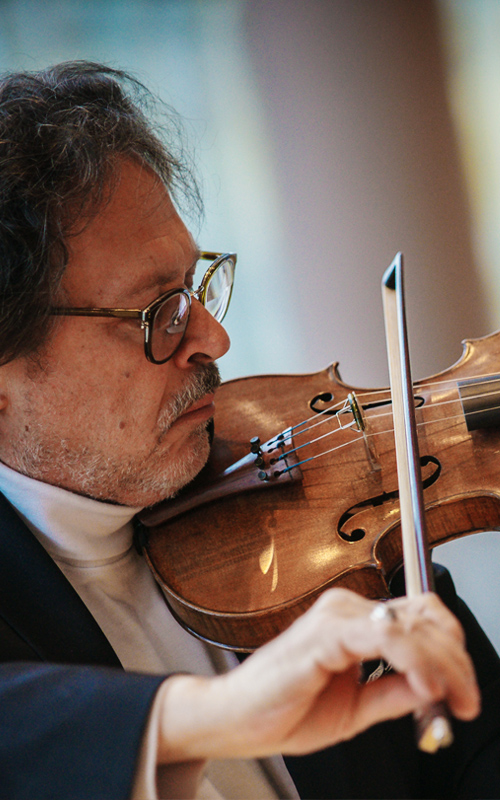 Lithuanian born Canadian violinist extraordinaire Atis Bankas has performed as a soloist in Canada, Europe, the United States, Korea, Japan, the former Soviet Union, and with orchestras under the direction of Nejme Jarvi, Iona Brown, Andrew Davis, and JoAnn Falletta among many others. Chamber music collaborators include pianists A. Laplante, S. Goodyear, R. Silverman, R. McDonald, N. Kogan, among many others. Atis Bankas is dedicatee of numerous new works by composers such as G. Kulesha, H. Freedman, D. Varelas, M. Bronner, V. Bartulis, A. Navakas, G. Samsonas, D. Hyman, S. Burbi, A. Shenderovas, P. Tiefenbach, and many others.

Atis Bankas is the first violinist of the Gould String Quartet, a member of Potsdam Trio, leader of Ensemble CamerAtis and Leader and Artistic Director of of the Canadian Chamber Academy Orchestra.

Mr. Bankas is the Founder and Artistic Director of Music Niagara, a highly regarded annual international summer music festival in Niagara-on-the-Lake, Ontario marking it’s 20th anniversary in the 2018 season. Bankas’ solo and chamber music performances have been featured on CJRT, CFMX, CBC and NPR radio networks. He has recorded on Fidelis, Analekta, Radioservis and CBC labels. 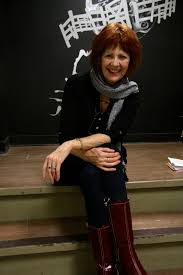 An added curriculum component called Now Add the Drama will be presented by Shaw Festival actors Barbara Worthy and Patty Jamieson. This segment will inspire music students to integrate the dramatic skills of an actor, interpreting music through imagery, inspiration and words.

Performance Academy Director Barbara Worthy is a writer, performer and producer. For nearly two decades she was a freelance drama and documentary producer for CBC Radio. She has also enjoyed a long association with the Shaw Festival, including acting, writing, directing, as well as producing the Shaw and Stratford series for CBC.